TrackMan is the technology I use outdoors for ball flight and club delivery analysis with all of my students.

All About TrackMan Golf Lessons

If you’re looking for the edge to take your game to the next level, TrackMan is for you.  TrackMan Golf Lessons has become a tool all my students personally have benefited from at one point or another.  I truly believe with TrackMan, you’ll have all the tools to jump ahead.  Using TrackMan in most every lesson, you’ll go through the process of beginning to understand the data and feedback which TrackMan provides. The better your foundation of knowledge becomes the better you’ll be able to assess what is true on each shot.  Most importantly though, TrackMan Golf Lessons will take knowing where your “miss” on the golf course comes from and how to correct it immediately.  Ultimately leading to lower scores and more consistent play.

TrackMan has a long history of working with golf radar technology. The company was established in 2003 with the sole purpose of helping golf professionals understand more about this critical moment in time. The TrackMan golf radar not only helps map these key data parameters – ball speed, attack angle, club path, face angle, etc. – it also captures the golf swing with a built-in HD video camera or with the use of external cameras.

Radar technology (also called a portable golf launch monitor or swing analyzer) is an integral part of the golf instruction today. Whether I’m using TrackMan for golf swing lessons, ball flight analysis, or club fitting, the golf radar and software is suited for tour professionals, amateurs and juniors. The software offers games and other practice applications through the laptop or mobile version which I frequently use on the lesson tee.

How does the TrackMan Combine work?

After taking a TrackMan Combine, results can be accessed from the MyTrackMan.com website and your smartphone. Scores can be compared with the pros or peers by handicap, gender, age or region. 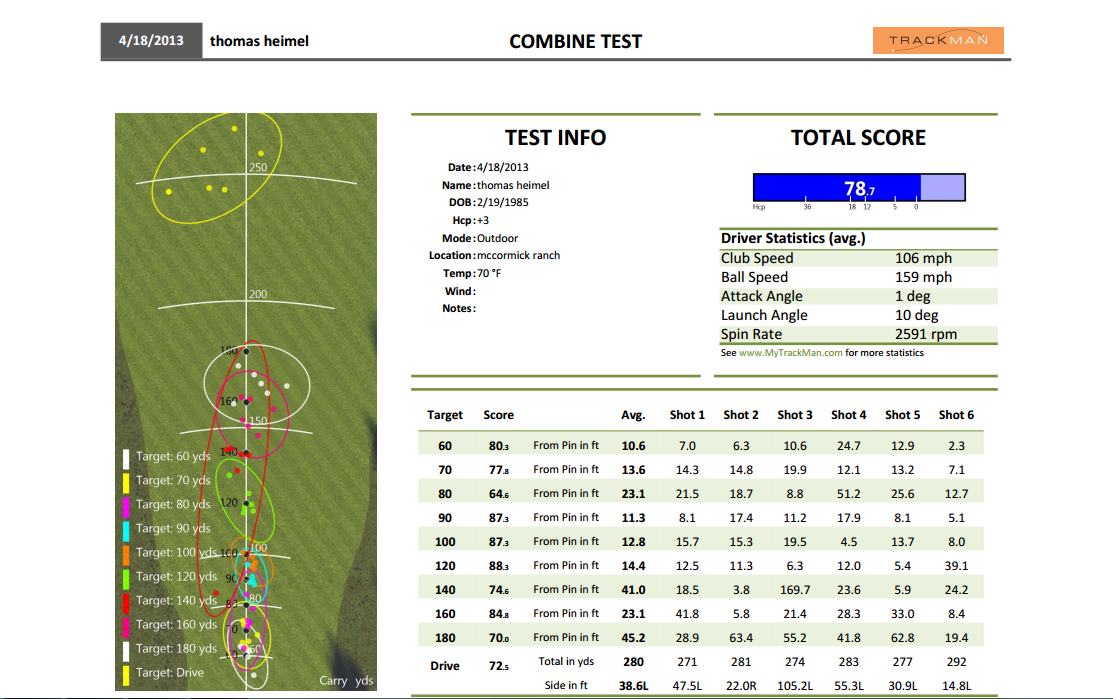 Attack Angle is the amount up or down the golf club is traveling at impact.

Club Path is simply the horizontal movement of the golf club through impact. It is measured the last few inches prior to impact and the first few inches following impact. Club Path is imperative to working the golf ball both ways in the air.

Face Angle is where the club face is pointing at impact. A players ability to command control over the Face Angle is paramount to success in shot shaping and course management.

Face to Path is differential between where the Face Angle is pointing and the direction of the Club Path. The difference between these two variables creates curvature of the golf ball.

Club Speed is the speed at which the club is traveling at impact.

Ball Speed is the speed at which the ball is traveling when it leaves the club face. This is influenced heavily by where the ball is contacted on the face

Carry Distance is the distance the golf ball travels in relation to the horizon.

Total Distance is the total distance the ball travels.

Height is the highest point at which a golf shot reaches.

Smash Factor calculates how solid a player has hit the shot. It is ball speed divided by club speed.

Spin Rate is the rate at which the ball is spinning in revolutions per minute. A golf ball does not have side spin, it simply spins on a single horizontal axis. When the axis is tilted, the ball curves.

Dynamic Loft is the amount of loft delivered to the shot at impact. Dynamic Loft is primarily responsible for the angle at which the ball launches at.

Spin Loft is the difference between Attack Angle and Dynamic Loft. Spin Loft is a huge contributor to the Spin Rate and total distance the ball travels.

Spin Axis is the axis on which the ball spins on. The axis of the ball is tilted either through a difference in Face to Path or an off center strike.

Vertical Swing Plane is the angle at which the golf club is delivered. This is often referred to in terms of being either “steep” or “shallow.”

Side is the total distance left or right the ball lands of the target.

Side Total is the amount total the ball travels left or right of target, including roll.

Hang time is the amount of time the ball spends in the air from the moment it leaves the club face until it lands.

Target is the target distance and target line used in Combine Tests or Tests in the TrackMan Test center.

From Pin is the total distance the ball finishes from the target during a Combine Test or a Test Center test.

Score is generated from the closer the ball gets to the target during a Combine or Test Center test. It takes left/right and also short/long into consideration when scoring. Total distance to the target is important as well. The closer the target distance, the more strict the scoring is.

A NEW ERA OF PUTTING INTELLIGENCE

Developed on our powerful Dual Radar tracking technology, performance putting has entered a new era of how we practice, analyze and understand this critical part of the game.

With new, groundbreaking data parameters at hand, the next generation of putting intelligence will help amateurs and professionals alike unleash their potential.

Comparable to your swing analysis, you can now connect and validate your inner spectrum of feel triggers with accurate, trustable feedback on your putting stroke.

Welcome to a new world of putting.

Trusted by the World’s Best Players 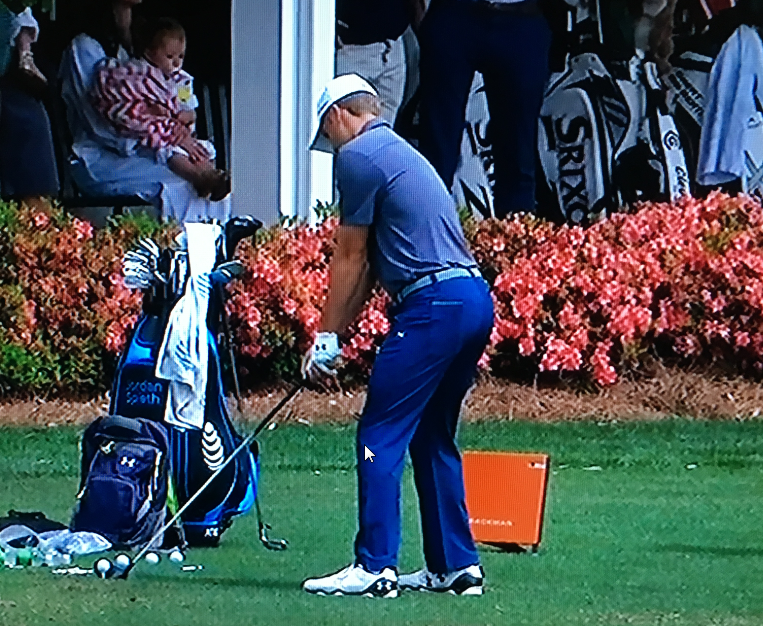 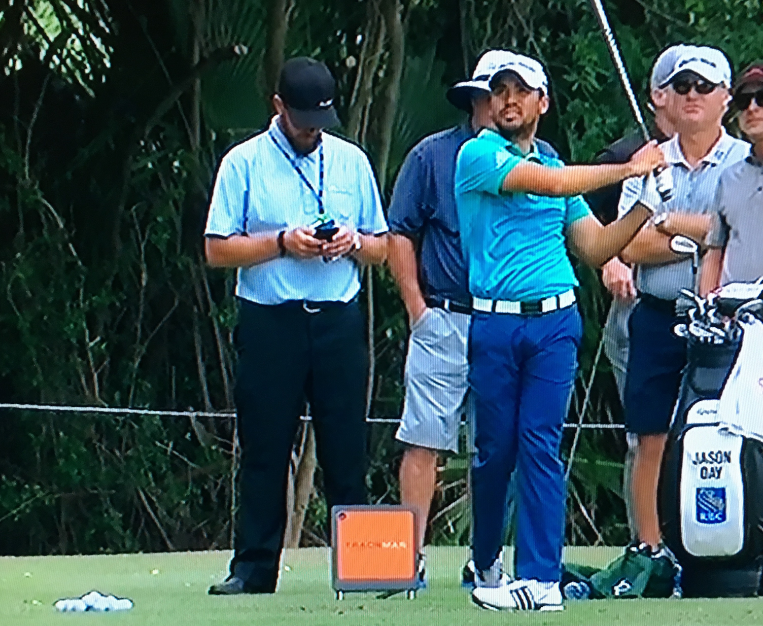