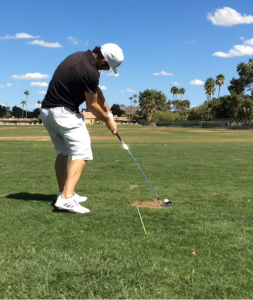 What club spins the most? I’ve asked my students this to get an idea of what type of perception they have of spin. The most common answer I receive is the club with the most loft spins the most. I would say the majority of players think this. Knowing your average spin rates and carry distances for each of your irons is very important to playing good golf.

I went through an exercise with one of my professional players recently where we only measured club speed, ball speed, carry distance and spin rate for all of his irons. I will share the results with you and also some key insights into spin and distance which can benefit your game.

There is a point of diminishing return in the golf bag for every player where the maximum spin rate is reached and from there on, the ball is going to spin less unless there is an increased coefficient of friction to make up for the lost RPM’s of spin.

Notice, starting from the bottom with 4 iron, up to pitching wedge, the average spin rate increases incrementally maxing out at 10162 RPM’s at pitching wedge. Also, the gaps in clubs are almost perfect with approximately 12 yards between each iron. After the pitching wedge, the spin rate drops. We stopped at the 50 degree wedge because everything shorter than that, a different technique is introduced to flight the ball flatter and increase the friction imparted on the shot to help keep the spin rates hi 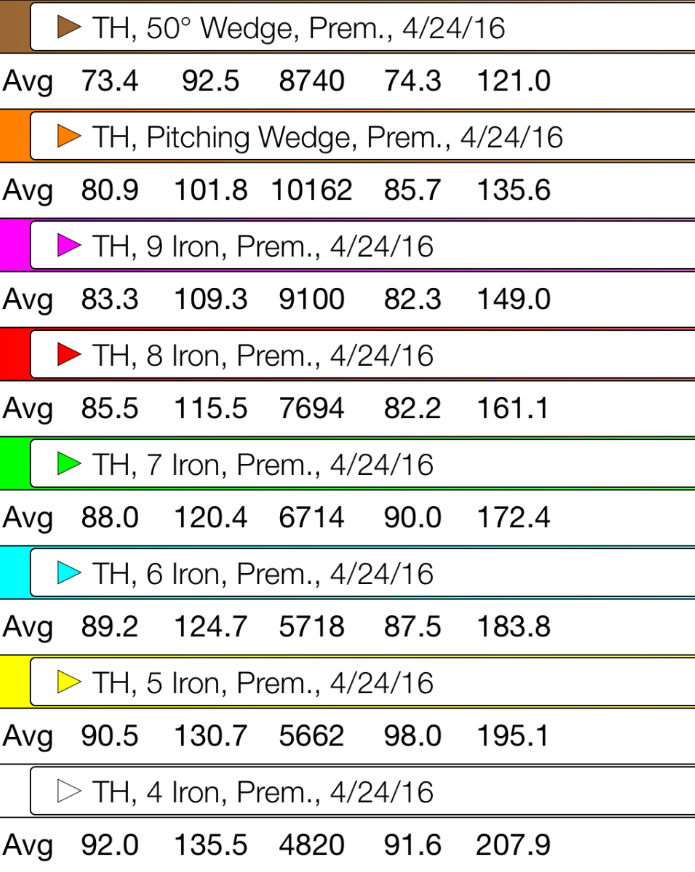 This is an exercise I encourage every player to go through on TrackMan as it sheds valuable insight in to how far they are carrying each club, overall average height, how consistent their gaps are (this is good for determining if there are any loft issues with your irons) and what their spin rates look like throughout the bag.

Knowing your numbers translates into more consistent play on the course.