How is Spin Created?

Spin Rate is a term often spoken of but rarely discussed in detail. It is heard a lot during driver fittings or when you’re talking wedges & grooves. Having a better understanding of Spin will help you understand your flight more clearly and better assess whether your equipment is fit right for you.

It is important to first note that a golf ball does not have side spin. It spins on one single axis. The tilt of that axis is which creates curvature. 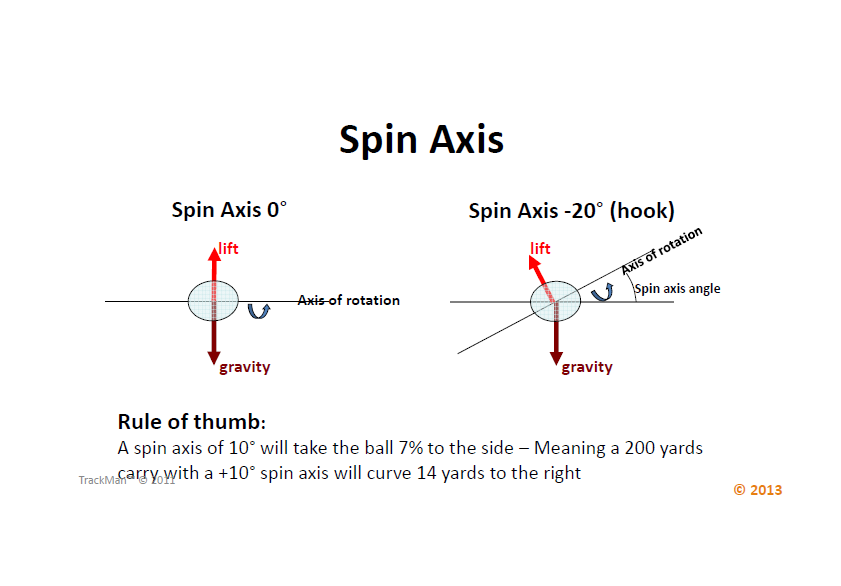 Some Factors which influence spin rate?

*These are only some factors, not all

Club delivery has both vertical and horizontal components.

When discussing spin rate, we focus more on the vertical components. Not that there isn’t horizontal components which don’t influence spin rate, however for the ease of explanation we are going to keep it simple.

The club is delivered with a specific Angle of Attack, the amount up or down the club is traveling when impacted with the ball and a specific Dynamic Loft, the amount of loft on the club head. The difference between these two creates what is called Spin Loft. The smaller the difference is between Dynamic Loft and Angle of Attack, the less the ball spins.

This is because the Spin Loft is smaller.

The larger the difference, the more the ball spins.

Drivers spin less than wedges do.

*Please note there is a point in each players golf bag, usually around a 9 iron, where this law breaks down and the higher the spin loft becomes the less the ball spins.

Contact point also influences Spin Rate through changing the Dynamic Loft, which in turn changes the Spin Loft. With an iron, the change to Dynamic Loft is small when a shot is struck low or high on the face in comparison to a driver. With a driver however, due to the curvature of the driver face, there is upwards of a 20 degree differential between hitting it severely low or high on the face.